Email ThisBlogThis!Share to TwitterShare to FacebookShare to Pinterest
Labels: '80s Music, holidays, U2

Wishing all my readers a Happy Holidays!!
Here's a clip that has appeared here before, which always gives me pleasure to see. John Denver and the Muppets doing the "12 Days Of Christmas." This one is from circa 1979.

And here's a Christmas wish thats always relevant. From David Bowie and Bing Crosby in 1977.
Posted by Lazlo at 9:53 AM No comments: 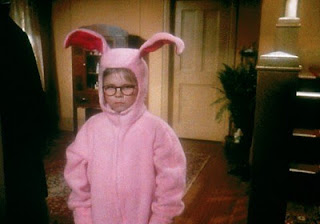 One of my recently acquired Christmas obsessions is the fun and enjoyable 1983 movie A Christmas Story. Based upon writer Jean Shepherd's semi-fictionalized account of a young boy, Ralphie, experiencing the Christmas holidays in 1940s Indiana with his parents, his younger brother, and his neighborhood friends. I love movies that convey a time period with great detail, and A Christmas Story clearly fits into this category. 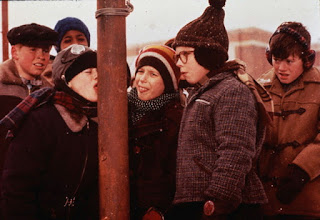 This movie contains one of the funniest scenes ever, where one of the young protagonist's friends gets his tongue stuck to metal pole in the cold of winter. The main story line, however, also full of funny moments, concerns Ralphie's ongoing quest to obtain a BB gun for Christmas, despite the objections ("you'll shoot your eye out, kid") of various adult figures, including his mother, his teacher, and a store Santa Claus. 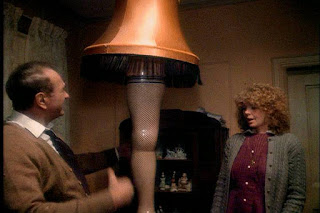 But I think the main reason I find this movie so enjoyable is that its a rather realistic, yet fun, holiday movie that doesn't take itself too seriously. It involves a rather average family doing their best to enjoy the holidays amidst
dealing with everyday life. Ultimately, this movie is about having a Merry Christmas with what you have, and with those you have around you.
Posted by Lazlo at 5:21 PM 4 comments:

Re-Post: Do They Know Its Christmas

The following post contains material from two previous posts which originally appeared in December of 2011. I re-post them together here. There is a running theme between the two portions, which is the charity and hope which is part of the season. I dedicate this post to the community of Newtown, Connecticut, and to all those who have dealt with tragedy in recent times.
In 1984, a group of primarily British and Irish musicians united to collect fund for famine relief in Africa. A project initiated by musicians Bob Geldof and Midge Ure, they called themselves Band Aid, and they released a memorable Christmas single called "Do They Know Its Christmas." Band Aid was literally a "whos who" of the '80s British music scene, and included, among others, such names as Boy George, Sting, George Michael, Phil Collins, David Bowie and members of Bananarama, Duran Duran, and U2.
"Do They Know Its Christmas" went on to become a major holiday song in 1984, and a wonderful memory of that year. It also ultimately led to additional efforts at famine relief, such as USA for Africa and the enormous Live Aid concert in 1985.

Heres one of the groups which took part in Band Aid and Live Aid, U2, doing a great '80s Christmas Song: "(Christmas) Baby Please Come Home," off of the '80s charity album "A Very Special Christmas."

Christmas in the '80s

An 1980 version of the Coke Christmas tree commercial, which apparently played during the holidays well into the '80s. A reminder to keep hope in your heart through this season, and throughout the year.

To all my readers, and those just surfing through:

And heres a few '80s holiday odds and ends:

Here's the most '80s Christmas song and video ever: Wham's "Last Christmas."

On the other hand, this is very '80s too : Billy Squire doing "Christmas is the Time to Say I Love You."

Now this is definitely '80s: a segment of a Pee Wee Herman Christmas special.
Posted by Lazlo at 7:55 PM No comments: 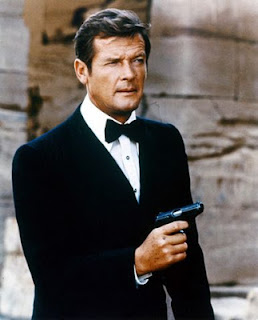 With James Bond back in theaters, it got me thinking back to James Bond as he was in the '80s. Bond, of course, was present in films dating back to the early '60s with the first James Bond, Sean Connery. By the time the 1980s started, Bond was being played by Roger Moore, who was chronologically the third actor to play Bond in the movies.
But, as classic as Sean Connery and his brief substitute, George Lazenby, may have been, it was Roger Moore that I first remember as Bond, in television broadcasts of his '70s Bond films like The Spy Who Loved Me (1977) and Moonraker (1979). In the early '80s, he was still going strong as Bond, in For Your Eyes Only (1981), and the film whose title I originally thought belonged to a comedy spoof, before I realized it was that of an actual Bond film, Octopussy (1983).
Although sometimes not accorded the critical respect of certain other Bond films, I can't help but think that the quintessential '80s Bond flick was 1985's A View to A Kill. Released in the very middle of the decade, it featured many of the traits we all know and love from that era.
This film featured Christopher Walken as the very '80s, yet also very Bond, villain, in the form of an evil computer mogul. The perfect villain at the dawning of th computer age.
In yet another very '80s twist, A View to a Kill also featured Grace Jones in the role of similarly villainous May Day.
And if all that weren't '80s enough, there was the very '80s theme song from Duran Duran. The video is above. Whats not to like?
One of the twists for the Bond character in the '80s was the brief return of Sean Connery as agent 007 in a movie that was actually produced outside of the primary production company for Bond films, 1983's Never Say Never Again. The title is actually an inside joke about Connery returning to play the character of Bond, after assuming that his time in that role was over. This film was an interesting detour in the Bond list of films, but what a great flashback to see Connery suddenly playing the role yet again. 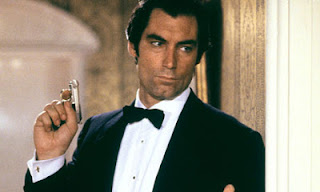 By 1987, those in charge of the Bond franchise felt it was time to seek out a new actor to play Bond. And thus, Timothy Dalton assumed the role of 007 for the remainder of the '80s, with The Living Daylights (1987) and License to Kill (1989). I remember well all the talk back then of the new Bond actor, and all the usual buzz that followed such a transition.  As for me, it was good to see such a venerable character continue. I haven't been into the Dalton Bond films as I have been with some of the others, but I'm interested in checking out more thoroughly the two releases of this, the most '80s of the Bond actors, since his entire Bond career, from start to finish, was within that decade.

This is the Coke Christmas tree commercial from 1977 which I remember so very fondly from my childhood. The song is "I'd Love To Teach The World To Sing," and it reflected in a beautiful way the spirit of the season.

Heres a 1978 version of the commercial. Same song, a little different.

Here is the original classic commercial which used the "I'd Love To Teach The World To Sing" song. Entitled "Hilltop," this original version was not strictly  Christmas related, but rather was first released on July 1971. Its message was one of hope, and featured young people from all around the world assembled on a hilltop in Italy, each holding a bottle of Coke from their respective countries. The song "I'd Love To Teach The World To Sing," with the reference to Coke removed, later became a big hit for The New Seekers and a studio group called the Hillside Singers.


The above is a re-post of a post which originally ran on December 2, 2011.  New posts are being worked on, and will appear soon. However, this is a post I am particularly fond of, and its a pleasure to re-post it for enjoyment today. Best holiday wishes to everyone as we begin December!
Posted by Lazlo at 12:38 AM 2 comments: