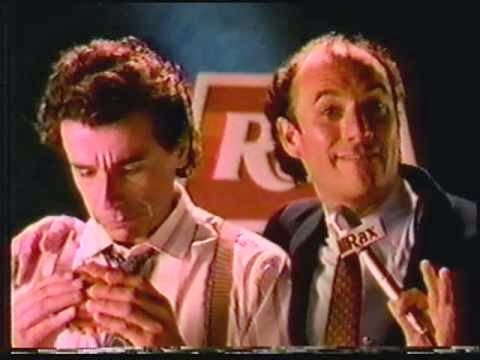 I've had some '80s fast food memories coming to mind, and the commercials that came with them.


Here's one of the most memorable commercials from the early '80s.  McDonald's "Little Sister" commercial appealed to me because, as an '80s teen, I always had a love of nostalgia from the past eras. This commercial seems to recall past eras, from perhaps the early '60s, to what looks like the '70s, finally concluding in the early '80s when it came out.  I couldn't help but feel sentimental when I saw this.


I remember this Long John Silvers commercial too, also from the early '80s. Back then, people were not so self conscious, and eating fried foods was not viewed so negatively. There was a while, around the time this commercial came out, when Friday night out with my family always meant going out to Long John Silvers for some fried seafood goodies.


Again, getting past the health-consciousness of the present day, that stuff was pretty yummy.  At least I thought it was. This commercial captures how I remember it: the coleslaw in particular was tasty, and the fried fish and fries.

Here's another '80s fast food flashback. You don't see Rax roast beef too many places anymore, but in the '80s, it was a frequent target for a family night out. There was a sandwich there called the "BBC" I used to love, with the initials standing for beef, bacon and cheddar. I'm getting a hankering for one now, as I sit here writing.
Posted by Lazlo at 4:48 PM No comments: