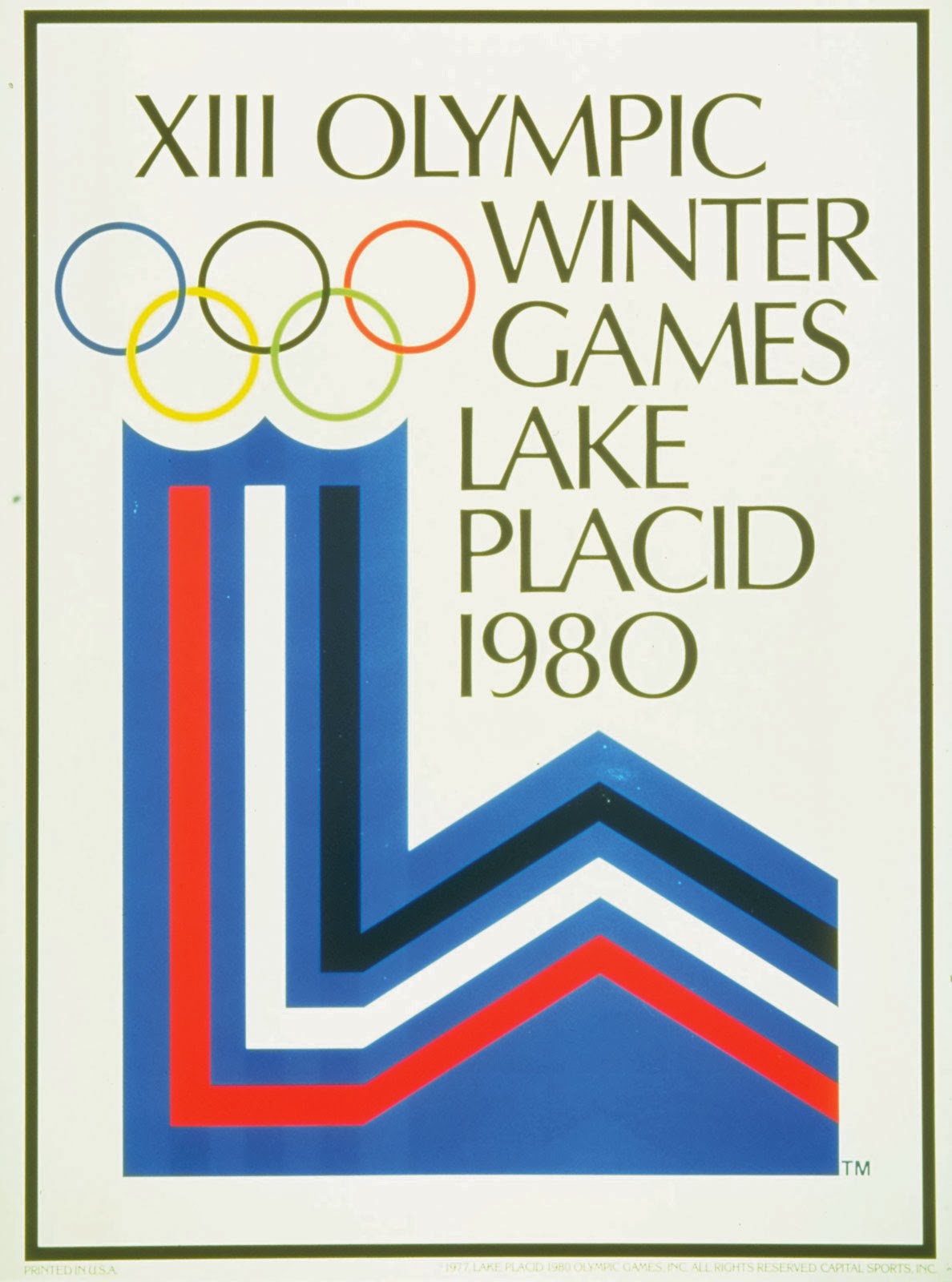 I must admit that I'm not the greatest follower of sports, but I feel compelled to have a look back at some of the more memorable '80s Olympic moments, both sports and non-sports related. Just in time before the 2014 Winter Olympics draws to a close!!  This is not comprehensive by any means, but here goes.

For many, the most memorable '80s Olympic moment occurred early on, during the 1980 Winter Olympics in Lake Placid, with the much acclaimed "miracle on ice": the last minute victory of the U.S. Hockey team over their very formidable Soviet opponents. I remember the moment vividly, even as a not-very-sports-oriented individual. At a time when the morale of the United States was quite low, with hostages being held in Iran, the economy not doing very well, and foreign policy setbacks, the hockey team's miracle raised spirits and created optimism. The U.S. Hockey team would go on to beat Finland, to grab the gold. 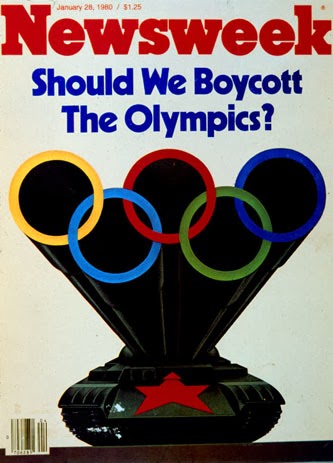 The '80s was an era when politics intruded upon the Olympics. In 1980, in response to the Soviet invasion of Afghanistan, President Carter organized a worldwide boycott of the 1980 Summer Olympics in Moscow.  The boycott was only partially followed, and many nations went to Moscow anyway, but the boycott marred the event.

In response, the U.S.S.R. boycotted the 1984 Summer Olympics in Los Angeles, bringing with them most of the Eastern Bloc countries, who also refused to attend.

One of the most memorable moments of the 1984 Summer Games was the "perfect 10" achieved by Mary Lou Retton in the gymnastic competition.

Manfred Mann's Earth Band created the song "Runner" in tribute to the Summer Olympics, becoming a hit and being played often in the course of those games.