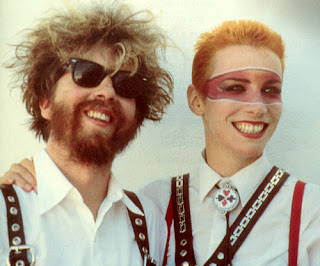 One of the most truly vibrant and creative music groups of the '80s was the synth pop duo Eurythmics.  I've decided to dedicate a series of posts to this great '80s musical act. 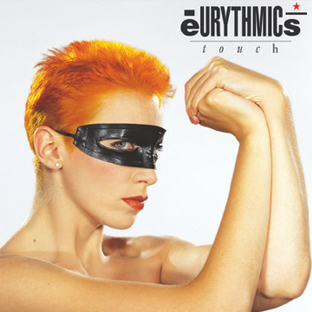 Eurythmics crashed onto the shores of America in 1983 as part of the Second British Invasion of music, adding their visually and musically bracing style to the colorful lineup of musical acts which were then breaking through. This was a time when music videos were new and novel, and often featured a New Wave style of music which was often steeped in unconventionality and heavy in synthesizers. The Eurythmics were perfectly made for the era. 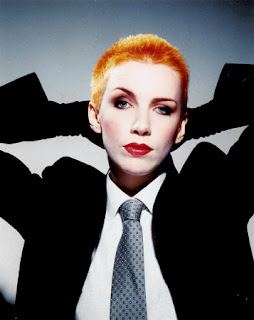 Annie Lennox probably was the more distinct member of the duo, her arty theatrical style reflected the androgyny that often characterized the era.

Eurythmic's breakthrough hit was 1983's "Sweet Dreams (Are Made of This)", a catchy synth song with ominous lyrics which became gigantically popular on both sides of the Atlantic. The video for the song was very memorable . . . and well remembered by many of those who grew up in the era.
Posted by Lazlo at 1:12 PM 3 comments: