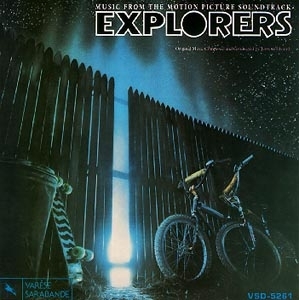 One of my favorite '80s movies is a somewhat forgotten sci-fi flick from 1985 called Explorers. 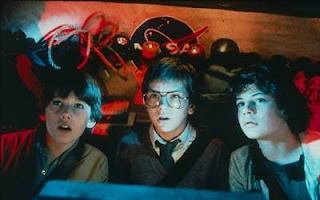 Explorers was about a trio of boys, all three misfits in different ways, who become friends and go on to do something fun and extraordinary. (It is a sci-fi flick, after all). The three boys were: Ben Crandall (played by a young Ethan Hawke), Wolfgang Muller (played by an equally young River Phoenix), and Darren Woods (played by Jason Presson). They were all different from one another: Ben was a dreamer who was into science fiction and fantasy, Wolfgang was a nerdy sort who was all into science and logic, and Darren was a practical sort who was into mechanics. 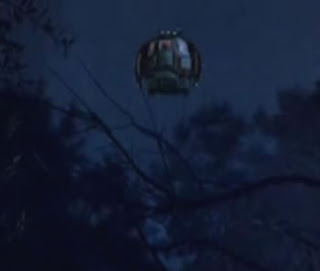 Yet they all found common ground in being outsiders in their school, and found a common goal when something very sci-fi-ish and remarkable happened: they started getting communications from extra terrestrials. This was the '80s, so were talking friendly aliens. Using the knowledge provided by the aliens, as well as their own various skills, they built a ramshackle spaceship. 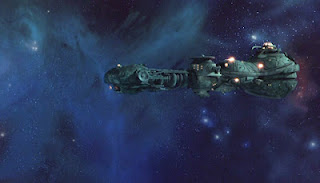 You know what comes next: they go up in their ship, dubbed the "Thunder Road" (from a Bruce Springsteen song) and meet up with the alien ship. 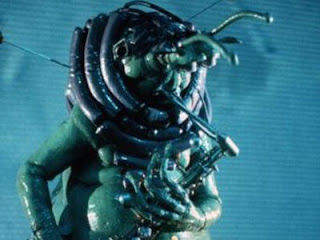 It all ends with a wild a wacky meeting with the aliens themselves. Of course, you have to see the movie to know the rest.

One of the things I loved about this movie was that it was all about disparate misfits who join together, despite their differences, to overcome their problems and to do something extraordinary. It also came around at a time when some hopeful messages were very helpful, given that I was 15 at the time. And I loved sci-fi, so this movie just seemed wonderful when it came out.


Explorers has gained a cult following over the years, even though it was not as well remembered as so many other '80s films. But it will always remain a favorite with me.