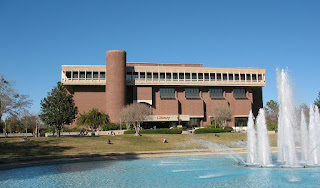 I've been reminiscing a lot about my first year in college, and everything about it: how I was back then, what was going on around me, and what was happening in the world.

I started college in fall of 1988 at a university which was small compared to other universities, but larger than an average community college. It was a state university, but not one of the larger and more well known in the system. But it was close to home, and a convenient place to start college before going off to bigger schools farther from home.  It was a commuter school, with most students living off campus, so I spent a lot of time in my car driving to class and getting around. It gave me plenty of opportunity to listen to the radio.


This beautiful song from The Church was often on the radio that year, "Under The Milky Way." (1988) I loved listening to this. (Acknowledgment for video to Rogerio Viera.)


I was a somewhat of a loner at that time, as I still am to some degree. I made friends, and spent time with, a few individual friends who were like myself. I remember one thing we had in common was our love of music, and discussion of various topics. I spent a lot of my free time at the movies that year, including this big hit:  Who Framed Roger Rabbit (1988), a movie that created a new interest in animation. (Acknowledgment for video to Tue Nguyen.)

U2's film, Rattle and Hum (1988), was out that year, and I remember seeing the film at the theater. This song from that movie was another radio favorite.  (Acknowledgment for video to MofoU2Slovakia.)


Here's another song I heard a lot on the radio at that time: Love and Rockets' "So Alive." (1989)(Acknowledgment for video to Albert Alls)

The late '80s was a time of great nostalgia for yet another era: the Sixities.
One example of this was the movie 1969, which came out in 1989.  It gave a fictional account about young people in that year, experiencing the idealism of that time, and facing the reality of the Vietnam War. In the late '80s, many looked back with fascination at that time.  (Acknowledgment for video to PennyKeating10.) 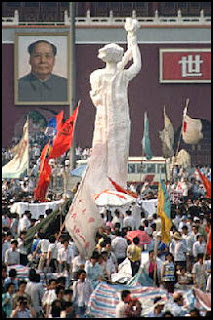 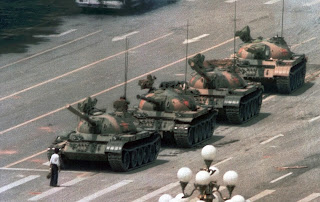 1989 was the year of the Tiananmen Square protests in China, and the subsequent crackdown by the government against the protesters who were seeking freedom.  I remember watching the TV news reports of he dramatic events. 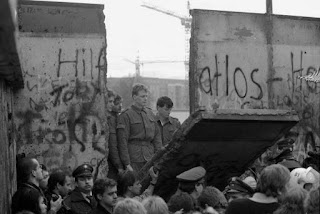 Later that year, Communism fell in Eastern Europe, leading to the end of the Cold War.  It all seems so distant today, but its a historical moment that should never be forgotten. (Acknowledgement for video to the Victims of Communism Memorial Foundation.)


I remember seeing this movie that year, a movie about a college debate team debating serious issues that were in the news back then. It featured two of the decades biggest young stars, and, although the plot was so-so, it kind of reminded me of my own situation of being an hopeful young college freshman. It was called Listen to Me (1989).  (Acknowledgement for video to osdatabase.)
Posted by Lazlo at 4:48 PM 2 comments: