The Dream Academy (Life In A Northern Town) 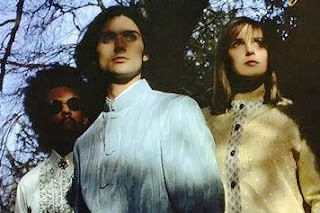 The Dream Academy is a unique '80s group whose work has included elements of psychedelia, melodic pop, classical music, and ethereal chanting. The combined effect is quite magical.


The group's most well-known song was the extremely popular 1985 hit "Life In A Northern Town." The song was intended in part as a tribute to '70s musician Nick Drake, and contained melancholy references to '60s memories, mentioning specifically JFK and the Beatles. Its quite a haunting, sentimental record.  The song and the album from which it came were co-produced by David Gilmour of Pink Floyd, with whom the band often collaborated.

In 1986, the band also did a dreamy version of the Smiths' "Please, Please, Please, Let Me Get What I Want."  This was the song that played in the background during the museum scenes in Ferris Bueller's Day Off.


Here's one more from Dream Academy: the follow up single to "Northern Town," called "The Love Parade."

(Acknowledgement and thanks to The Dream Academy for the videos.)
Posted by Lazlo at 12:17 PM No comments: