Repost: Does Anybody Remember Laughter? *

This is a repost of a post originally appearing in 2012.  I'm in a particularly nostalgic mood, and this seemed appropriate. 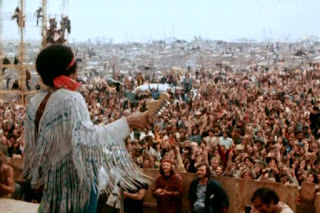 "Everybody's talkin' about the new sound,
Funny, but its still rock n' roll to me."
-Billy Joel

One thing that makes me feel good, blessed even, about growing up when I did, was the music culture that existed when I was growing up. I was an ‘80s teen, but its not just the ‘80s that I’m talking about. I’m talking about this wonderful thing that came out of the 1950s, and evolved and grew during the 1960s. This wonderful thing called Rock Music, which by the end of the ‘60s had become the anthem and rallying cry of nonconformist youth, and continued strongly throughout the 1970s and 1980s. 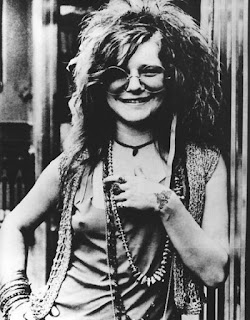 I’m not sure how I would have gotten through my teen years without rock music.  Before the age of 12, I really was a rather unhip child, fairly unaware of popular music, rock or otherwise. But once I discovered rock, I grew to love it… all of it, not just the ‘80s, but wonderful stuff from the ‘70s and ‘60s and ‘50s as well.  By the time I was a teen in the ‘80s, it was something that had already been handed down by prior generations. And it was a world all its own… one that nurtured generations of nonconformists . . . rebels of all sorts . . . hippies, freaks, glam rockers, punkers, New Wavers, and others . . . music with a message . . . or with an attitude . . . with a difference . . . a music that told many an odd, strange, misfit kid (like me) that it was okay – even cool – to be odd, strange, and misfit. 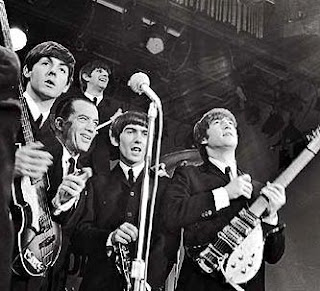 I remember spending a lot of time by myself, solitary, in my room, some great record (yes, records, on a turntable, remember those?) on the stereo… it could be something great from the ‘80s.. or from earlier decades… maybe U2, maybe the Police, maybe the Beatles, or the Stones, or some Led Zep, or some Talking Heads . . . maybe something mellow, or psychedelic, or hard… but whatever it was, it had the same effect on me of immersing me into a different world - - perhaps one that was more heroic, or magical, or full of greater possibilities that encouraged an odd, freaky kid to imagine great things. 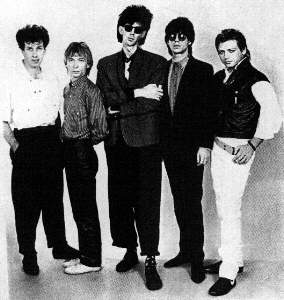 I didn’t go to my school senior prom. It fell on the same date that Pink Floyd (that’s the ‘80s Momentary Lapse of Reason version, say what you will), was having a concert in a local arena. I had wanted to see Pink Floyd in concert (even a Roger Water-less, David Gilmour dominated Pink Floyd) for ages, and when it came time to choose between going to a rock event from a seminal rock band, and going to some social event that celebrated fitting in to a place I never fit in . . . well, I chose to rock. 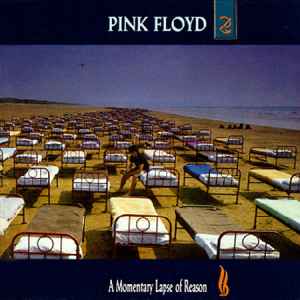 I remember the line for the tickets. I and a good, fellow freak friend of mine, agreed to show up at the Specs music store early on the morning of the ticket sale to get ourselves Pink Floyd tickets. I showed up early enough, I thought, but to my surprise there was an enormous line of people who had camped out and waited in line to get tickets. I thought for sure that I had messed up, and that by the time I even got inside to get my ticket, they would be sold out. I looked around for my friend, and to my surprise, there he was, almost at the front of the line, looking disheveled after having camped out there all night. He was hungry, and when a nearby Eckerd Drugs opened, I went to get him a candy bar. We stood in line and chatted with some of the other people there, fellow freaks, as if we were all old friends, or some extended freaky family.  Soon enough, Specs opened, and my friend got me a ticket.. and we rejoiced that were both going to see Pink Floyd. 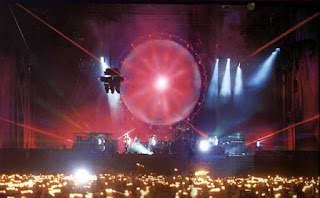 On the night of the concert, I arrived at the arena and took my place among the packed crowd, but I could not find my friend. I actually was a bit concerned that he didn't make it for some reason. The concert started and there I was, enjoying a Pink Floyd concert. At one point, it started to rain, and this being an outdoor concert, we got a bit drenched. But that didn't matter, we stood there enjoying the music, all united together withstanding the elements in the name of rock n roll. The rain didn't last long, and when it stopped, the water glistening over everything, on came the song "Wish You Were Here." It just seemed poignant, and meaningful... and I thought of my friend. The concert ended, and indeed, it seemed shorter that night than I would have liked... I guess I would have wanted it to go on longer . . . but off I went with a mind full of memories.

My friend, incidentally, did actually make the concert, and had staked out a place close to the stage to groove to Pink Floyd. I found that out when we next saw each other, both at school, and both wearing Pink Floyd concert shirts.

To me, at least, the true era of rock ended in the around the early to mid '90s. Rock continued, of course, and there were and are many good new rock bands.... but no longer would rock dominate as the voice of quirky, rebellious youth . . . and an era, and a culture, would recede into the past. How, indeed, do today's youth even manage to grow up without Rock?

*The title of my post comes from Led Zeppelin's classic 1976 concert film (of a 1973 concert) The Song Remains The Same, where during a performance of "Stairway to Heaven" Robert Plant comes to the line about "the forest will echo with laughter," and he ad libs "Does anybody remember laughter?"